Home > Blog > Does your ability to grow a beard cause hair loss?

Does your ability to grow a beard cause hair loss? 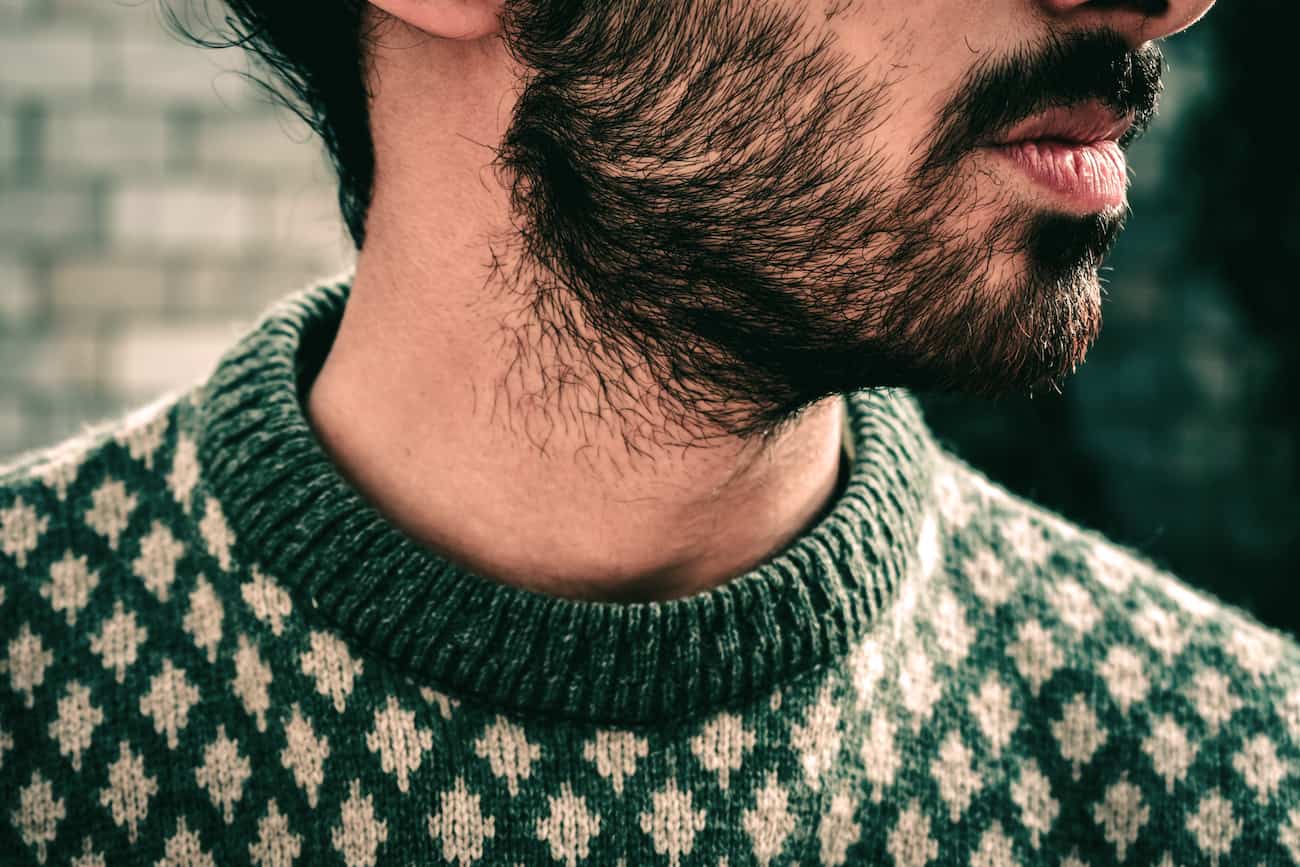 It might make you wonder: Does growing a beard cause hair loss? Or is it just another hair loss myth?

You’ve probably noticed the correlation: It sure seems like a lot of bald guys have beards.

They aren’t all the same, of course. Some keep that two-day stubble. Others shave something deliberate, like a goatee, chin strap, or mutton chops. Some throw away their razors and let it all grow.

One study discovered that bearded men had a different rate of sweat evaporation than non-bearded men. Basically, the sweat on the foreheads of men with beards evaporates faster. The conclusion was that beards raise the temperature of the head and force sweat to evaporate quicker.

How does this affect hair loss? We know that self-regulation of heat is important for the brain. The brain wants to be warm, but not too warm. Scientists who ran that study suspect that beards are an evolutionary mechanism to keep the head warm to compensate for the absence of hair.

Essentially, the body thinks “Well, we can’t grow hair on top of the head, so let’s get some more wherever we can to keep things warm.”

Unfortunately, the scientists who ran that study also admit that it could work the other way, too. Maybe facial hair is what makes the head warm, meaning hair loss could be the evolutionary mechanism to keep things cool.

In another study, scientists wondered whether DHT (the androgen that triggers hair loss in most cases) was linked to facial hair. They studied photographs and took blood measurements of several men.

Here’s what we know:

Does Beard Growth Cause Hair Loss?

As you can see from the studies above, there is no direct causal link between your ability to grow a beard and hair loss. The study on thermoregulation doesn't draw a clear conclusion, so it doesn’t tell us if one causes the other.

However, both hair loss and beard growth are affected by DHT, but the relationship is inverse. DHT suffocates your head follicles so they can’t produce hair (bad for us), but it also supports beard growth (good for us).

Doesn’t that mean that guys with lots of DHT get bald heads and great beards? Nope!

Hair loss is a function of your sensitivity to DHT, not the amount of DHT in your body. There are plenty of blokes with lots of DHT in their body and full heads of hair because their follicles don’t have the androgen receptors to accept that DHT. These lucky fellows get great hair and beards.

Does this mean that hair loss indicates you can grow a great beard? Again, not necessarily.

Just because your hair is sensitive to DHT doesn’t mean you have enough of it to produce a big bushy beard. It’s possible to have low DHT and still be bald because you’re especially sensitive to the androgen.

Will Hair Loss Affect Your Beard?

That said, there are a few ways you can lose your beard hair, but they are quite rare.

Alopecia Barbae is a version of hair loss that affects your beard area. It occurs when your immune system mistakes your hair follicles for invaders. It doesn’t happen to every facial hair follicle. It creates circular patches of hairless skin.

Trichotillomania is a psychological condition where some men are compelled to pull hair out of their body. This is an impulse-control disorder similar to addiction, tic disorders, and obsessive-compulsive disorder. Sufferers may extract hair from their head, face, arms, eyebrows, chest, and even their pubic region. It’s possible to pull enough hair to destroy follicles and leave bald patches.

It's also possible to experience some beard loss if you have lupus. One of the earliest signs of this condition is widespread skin inflammation that begins around your face and scalp. The information may trigger distinct clumps of hair loss in your beard.

If there’s no direct link between hair loss and your ability to grow a beard, why do we see so many bald guys with some form of facial hair?

For starters, let’s accept the premise that just because you’re going bald doesn’t mean you’ve resigned to being unattractive. You still want to look good, of course. You’ve probably already started taking notice of your hygiene, how you dress, and your physical fitness.

So it’s not a stretch to say that most guys grow beards because they think it makes them more attractive. Unsurprising, right?

That begs the question: Do beards make men more attractive?

Studies show that baldness raises the perception of social maturity and dominance, even in the absence of traditional attractiveness. Beards expand that effect. A bald and bearded man is seen as wise, mature, powerful, and tenderly aggressive (the good kind of aggressive, not the scary kind). In fact, women rate men with full beards as better mates in terms of maturity, health, and parenting abilities.

Naturally, those are traits that often attract sexual and romantic partners.

The downside to bald heads and hairy faces, however, is the loss of perceived youth. Baldness and beards make you look distinctly older, which is a problem if you’re trying to attract partners who specifically value youth (which are many of them, frankly).

Unfortunately, hair loss tends to soften the angularness of your face. Instead of an angled hairline with a distinct edge, we see a smooth, rounded surface. Hair loss robs your face of an upper border.

A beard, however, recreates some of that angularness on your face, just in a different place. This ultimately enhances your appearance of masculinity.

When you trim your beard, look for ways to add clear lines, especially where your neck meets your jaw. This creates a hard angle that distinguishes your neck from your face. Losing weight so your neck isn’t fatty helps as well.

This all means you don’t have to worry if you have a healthy beard. It doesn’t cause the loss of the hair on top of your head. But it does mean you have a unique tool to affect your appearance. Experiment with different styles to see how you feel.