Help me find what's right Let our doctors help. I know what I want Already treating hair loss? Get your same meds delivered.

Help me find what's right Let our doctors help. I know what I want Already treating ED? Get your same meds delivered.

Reviews Pricing How it Works

Help me find what's right Let our doctors help. I know what I want Already treating hair loss? Get your same meds delivered.

Help me find what's right Let our doctors help. I know what I want Already treating ED? Get your same meds delivered.

Reviews Pricing How it Works

Our Story Our Doctors

How it Works Pricing
Support Login

Early signs of hair loss you should watch out for 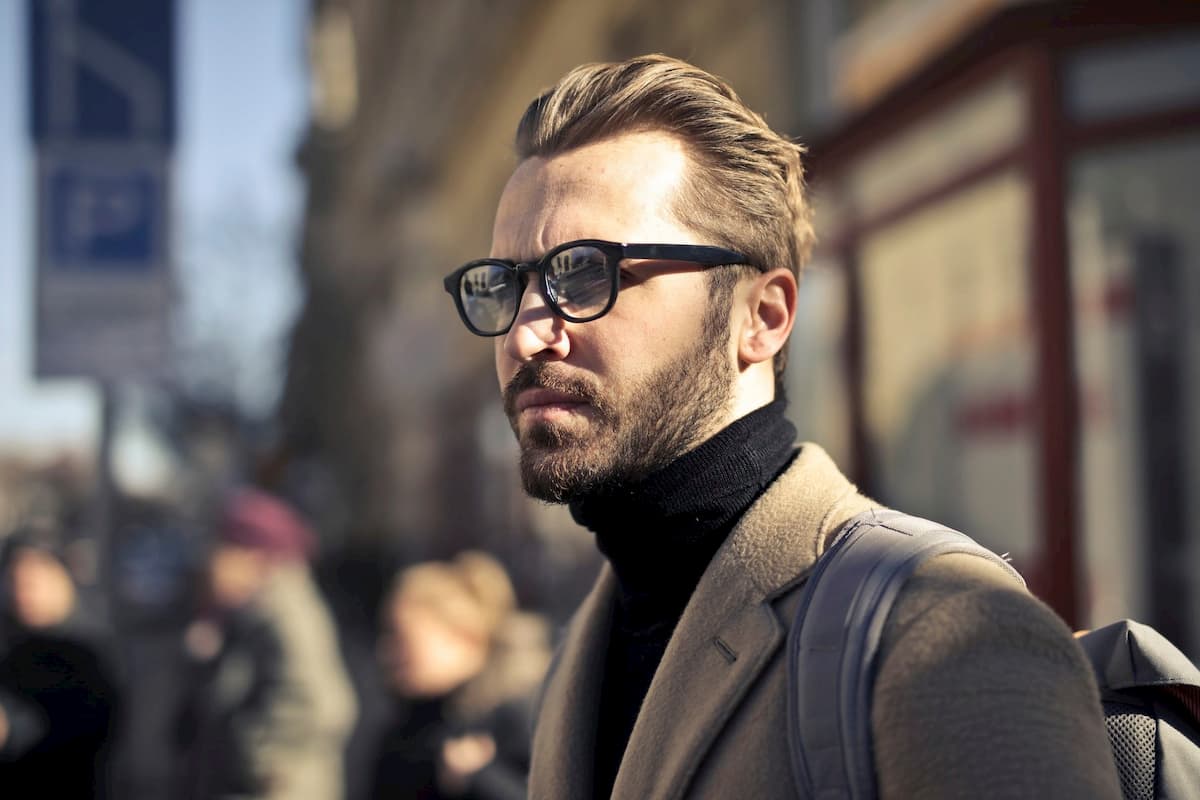 There is no need for you to lay awake at night wondering if your hair is going to fall out or if you’re going to wake up the next morning with an unstylish ‘M’ defining the crown of your head. Instead, you should be confident in your knowledge of what brings about hair loss, what the first symptoms you’ll see are, and what to do once you start to see those symptoms.

Don’t know the answers to those questions yet? Read on.

Genetics Do Play a Role, But No One Is Sure How Big of a Role

The first thing we’d like to talk about is the role of genetics when it comes to hair loss. Many of us are familiar with the idea that we’ll experience hair loss if our grandfather on our mother’s side lost his hair. That idea has gained much traction and is a pretty popular piece of trivia, but unfortunately, it’s not been proven to be accurate as seen in our blog: myths of hair loss.

What we do know is that genetics is just one piece of a very, very complicated puzzle that brings about hair loss. In fact, according to Harvard Medical School, “Hereditary-pattern baldness is not a disease, but a natural condition caused by some combination of genetics, hormone levels, and the aging process.”

Then why do people bring up genetics and hair loss in the same breath? Because there is a connection, but it’s just not fully understood. Not to get too science-heavy here, but there’s another study by 23 and Me that looked at the data from over 22,000 people, focused on the connection between genes and hair loss.

Their summary was that “The findings offer not just new insights into the biology of the condition, but a potentially greater understanding of other health conditions that are associated with it. Despite being widely studied and very common — particularly among men of European ancestry — male pattern baldness is poorly understood. Scientists know losing one’s hair is highly heritable and dependent on testosterone, but little else is known about the complex underlying biology.”

That’s right: despite tens of thousands of participants, some of the most advanced technology, and researchers from around the world trying to find out what exactly the connection is between genes and hair loss, there’s still no clear conclusions.

All of that is to say that if you think you’re immune from losing your hair, you aren’t, while if you think that you’re guaranteed to lose your hair because of your maternal grandfather, it’s not set in stone. The real test comes by looking for early symptoms of hair loss.

Unfortunately, losing your hair isn’t like other medical conditions that have a list of symptoms that prove you’re either experiencing hair loss or are predisposed to losing your hair. That being said, there are a couple of things you can watch out for that will give you an inkling of whether or not you’re going to lose your hair.

Thinning of the Hair

The first thing you should be paying attention to is the thinning of your hair. You’ll notice that your hair starts to lose some of its vibrancy and that the density of hairs on your scalp starts to decrease. That’s typically a result of changes in how your hair is growing.

Without getting into too much detail, your hair follicles are constrained by how big of a space they’re given to grow. If that space starts to shrink, then individual hairs will be thinner, leading to your hair as a whole getting thinned out. This can start as early as age 20, or not show up until later on in life. What’s interesting about this symptom is that you will likely only notice it after your hair has thinned up considerably, unless you go about measuring the diameter of every hair follicle (don’t do that).

The second big symptom to be on the lookout for is quite a bit more noticeable than the thinning of your hair. While it is normal to have hair fall out, it’s less normal for it to fall out in large amounts. That means that if you see one of your hairs come out while washing your hair, it doesn’t mean that you’re experiencing hair loss. At the same time, if you’re showering and an unusually large amount of hair is consistently coming out, it’s a symptom that hair loss has started in earnest.

There are a few places you should be looking for this symptom. As mentioned, showers are a typical place where hair falls out. Beyond that, look to see if any combs or brushes are collecting a large volume of shed hairs, or if the pillow you sleep on has an increasing amount of hair on it when you wake up in the morning.

The third symptom is good to be aware of, but the least conclusive of these three. After all, no two heads of hair are the same, so it’s important to know which symptoms matter and which are distractions. If your scalp is unusually itchy over a long period of time, it can be a sign that you’re losing your hair.

Now, that doesn’t mean itching your scalp will make you lose hair or that every itchy scalp is a sign that you’re going to lose your hair. Instead, it’s something that pops up in the medical history of a number of men. If it’s found in conjunction with the previous two symptoms, it’s a good sign that you’re undergoing hair loss.

The last thing to note about these symptoms is that they aren’t just going to show up overnight — that’s not how hair loss works. Instead, it’ll start slow and build steadily, with you likely noticing it only after a few months have passed (at the earliest). That’s perfectly normal. In fact, if your hair does start to fall out rapidly, you shouldn’t wait to see what’s going to happen next: See a doctor as soon as possible. 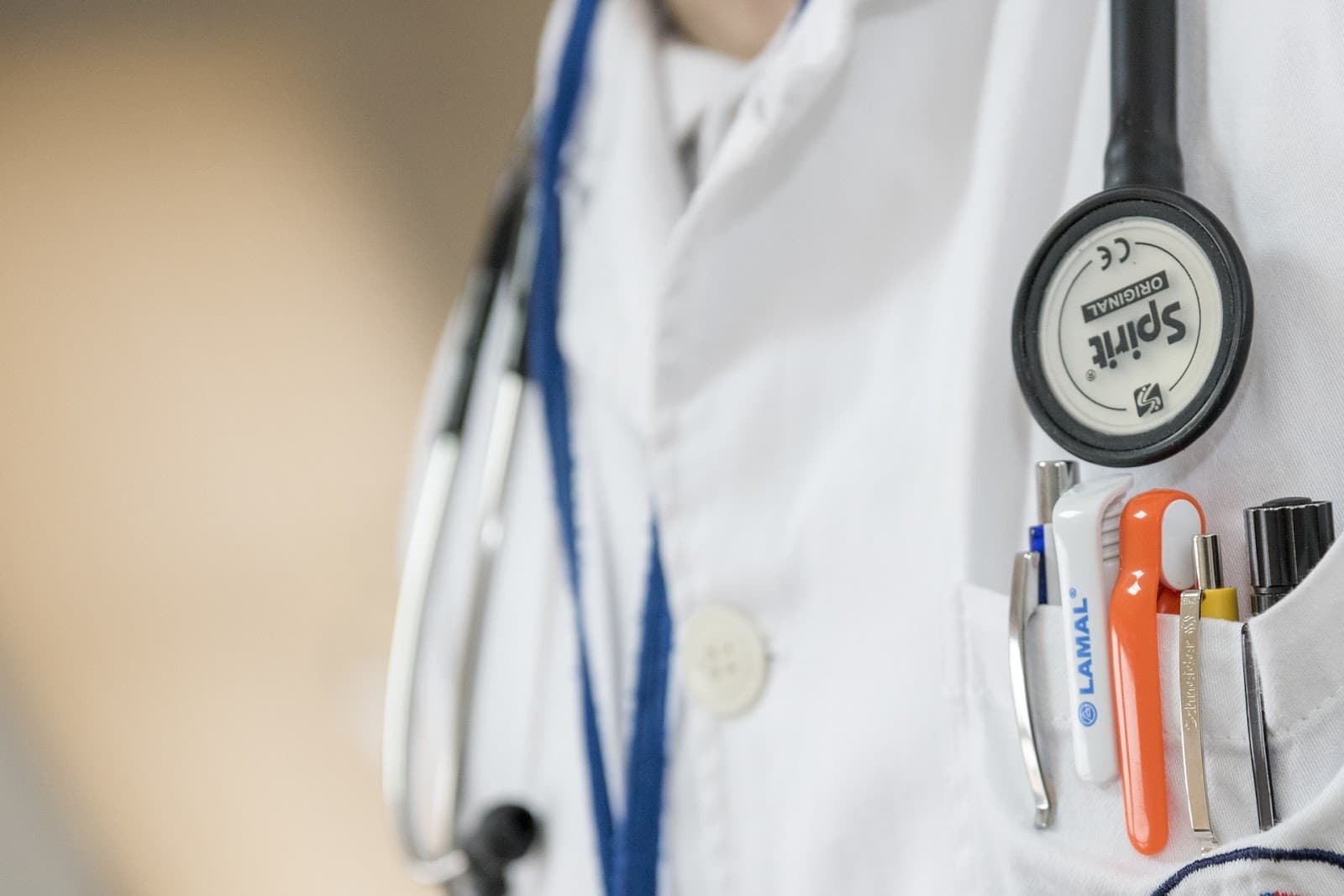 What to Do When You Start Seeing Symptoms

Seeing symptoms is one thing, but knowing how to react is equally important. Here’s what we recommend:

Don’t Get Too Worried Right Away

The first thing we want to caution is that you shouldn’t immediately get worried if you start to see these symptoms. As we said, there’s no foolproof way to predict what’s going to happen in the future and any hair you see in your comb, or thinning you see on your head could be the result of something other than permanent pattern hair loss.

Instead of immediately getting worried, take a step back. While you should never ignore symptoms or changes in how your body is acting, it’s equally important to not overreact and stress yourself out over something that may or may not happen. Remember, stress can also induce hair loss.

Talk to a Doctor

Once you’re sure these symptoms aren’t just in your imagination, we recommend talking to a doctor. There are a few things to keep in mind during this process.

First, you should talk to a doctor early. It’s never advisable to wait until something becomes unbearable before deciding to treat it. That’s true for all things medical, including hair loss. Some treatments will work better the earlier you start to work on them. Not to mention that you can avoid the cycle of having everyone notice you’re going bald and then magically watching as that hair loss stops.

Second, talking to a doctor is crucial to avoid becoming overwhelmed by the idea of losing your hair. They’ll have plenty of answers to your questions, will be able to explain treatment options, side effects, and long term benefits and consequences of treatment. That’s information that best comes from a source that you trust.

Finally, talking to a doctor will help diagnose the cause of your hair loss. Yes, there are multiple causes. We won’t get into too much detail on them just yet, but hair loss can be a symptom of larger medical issues that you’ll want to be cleared of sooner rather than later.