Home > Blog > What do women really think about bald men?

What do women really think about bald men? 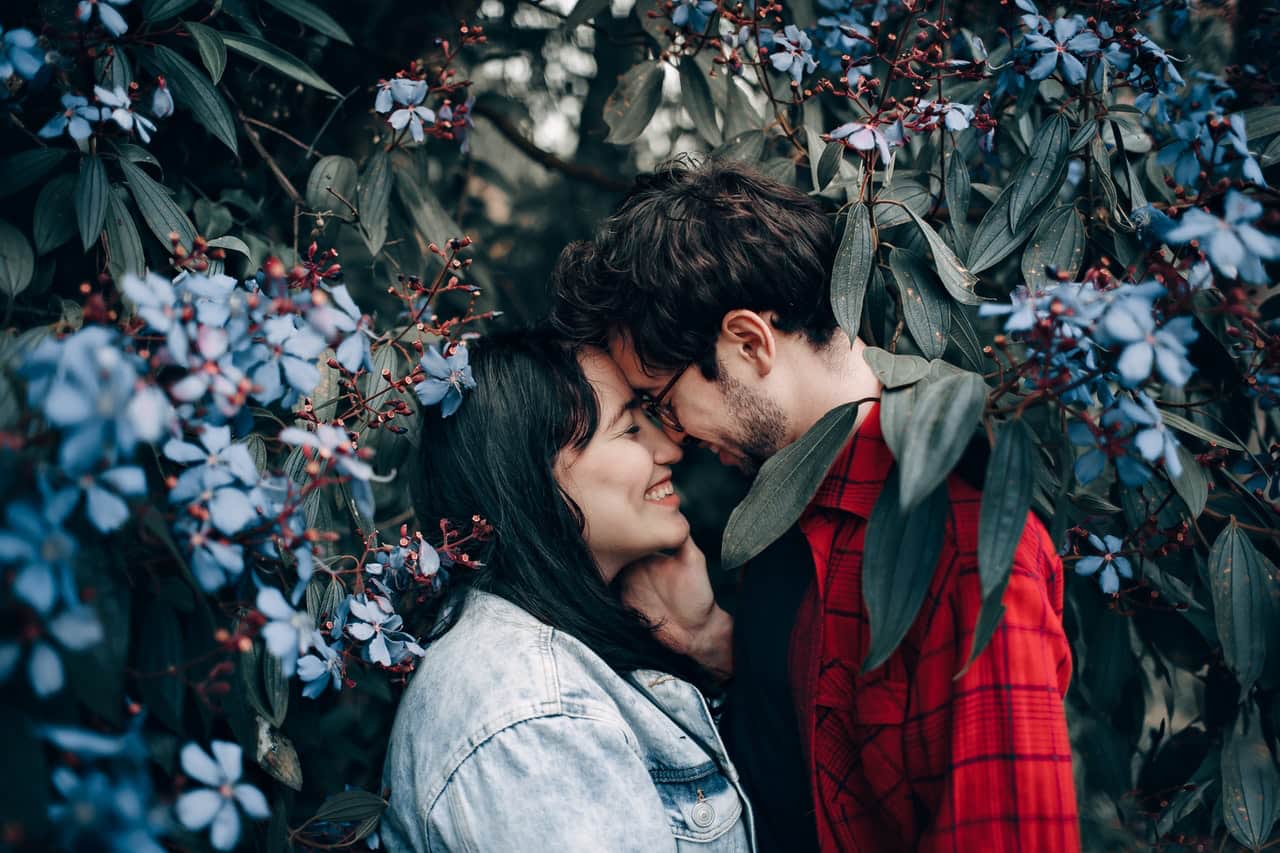 One of the first questions guys ask when they start to lose their hair is, "Will my future partner care if I'm bald?"

This concern is especially troubling for young guys who haven’t found “the one” yet. They start to torture themselves with visions of a life of loneliness and celibacy.

Even if you’re married to the love of your life, you still want to be physically desirable to other people. It’s tough to not care about the way we look, even if we have everything good looks could get us.

There’s no denying that hair and good looks matter in society. How we look on the outside plays a substantial role in our social circle and our careers.

Sadly, we tend to make assumptions about each other’s internal characteristics (their personality, qualities, and flaws) based on their outward appearance.

“For example, in both men and women, having small squinty eyes and thin lips suggests that a person is dominant,” says psychologist Ryan Anderson, “while big eyes and full lips suggest submissiveness.”

Research tells us that physical attractiveness makes people think we have desirable attributes. We tend to make evaluations of other people in the first minutes (or even seconds) after meeting them. For instance, we might assume that a tall person is athletic or someone with a nice smile is confident.

And these days, many of our interactions with other people occur online. We work, socialize, and even date online. It’s not weird to interact with people several times before you meet them in real life, or interact with them online solely.

That means it’s really easy for someone to judge you before they ever hear a word out of their mouth. And that includes noticing your bald.

For a lot of guys, the judgement that comes with hair loss is also their first real experience with personal insecurity. Society doesn’t hold men to the same high beauty standards as women (though that’s changing), so guys don’t grow up in a world where every physical flaw is a big deal.

A study by researchers at the Charité Universitätsmedizin teaching hospital in Berlin revealed the devastating psychological effects of going bald, including an “enormous emotional burden.”

Losing one’s hair can affect a person’s self-esteem and even trigger psychological disorders like body dysmorphia, which can trigger high levels of stress, especially around other people.

A lot of guys put on a brave face and try to own their hair loss, but inside they’re extremely unhappy with their circumstance, and they’d do anything to change it. It eats away at them, affecting their work, personal relationships, and self-esteem. Some men even change their career paths to avoid running into people every day or so they can wear a hat.

Some guys are so worried their hair loss will prevent them from finding love that they’ve resorted to “hat-fishing” – the practice of hiding one’s hair loss in online dating profiles (usually with a hat) so potential partners don’t see their thinning or balding pates. They think they have better chances of finding a partner with a clever lie of omission.

If hair loss is something nearly all men have to deal with at some point, why is hair loss such a taboo topic? Why are men ashamed of their wispy hair and shiny heads? Why do they grow it long, comb it creatively, and develop an affinity for hats? Why are they ashamed to admit they need a hair loss treatment?

Because hair is associated with youth.

There’s an apparent connection between hair loss and age: Older guys are more likely to lose their hair. So when a younger guys’ locks begin to fade, there’s a perception that he’s sick or lost his youth.

“Studies have shown baldness in men is seen as a non-threatening form of social dominance,” says Dr. Frank Muscarella from Barry University in Florida.

Which is great, because according to a Social Psychological and Personality Science study, men with fully bald heads are seen as more dominant.

Researchers in the study asked men and women to rate photos of bald men and men with full heads of hair on how agreeable, old, and dominant they appeared. Bald men were perceived to be about a year older than their actual age, slightly more agreeable, more masculine, far more dominant, and to have greater leadership skills. Race makes no difference.

They repeated the study, this time showing participants the same faces but with hair digitally removed (so the only variable is the hair). They found the same results: People perceive bald guys as more dominant, confident, stronger, masculine, and – this is interesting – stronger.

That sends a pretty clear message: Our tendency to associate positive internal traits with physical features can work in favor of bald guys because many people associate baldness with more assertive qualities.

If you were to go around to everyone in your life and ask them if losing hair makes you less attractive, of course, they'd say no.

Why? Because they don’t want to hurt your feelings. No one is going to say, “Sorry bro, no one likes bald heads. You’ll probably never get another date again.” Anecdotal evidence doesn’t help here.

So we have to look at the data.

When Thrillist polled people, a majority said they wouldn’t mind dating a bald guy. 76% either don’t care about hair loss or prefer a bald man.

Unsurprisingly, many of the people polled said that baldness isn’t an excuse for poor grooming. A good haircut that doesn’t try to hide thinning hair, a smart trim, or a clean shave are essential. Most people are definitely turned off by elaborate hairstyles that try to mask hair loss. Other sources say the same.

When researchers at Wake Forest University had people rate the attractiveness of pictures of men, a full head of hair rarely made the list. What did they find most attractive?

People find the appearance of confidence more important than a man’s hair situation.

(It’s interesting that people found confidence – an internal characteristic – the most attractive quality. We’ll come back to this in a minute.)

Nevertheless, it’s true that some people care dearly about a man’s hair – especially young people. There's a saying that many people make “hair contact before eye contact.” That is, they check out a man’s hair before looking at anything else.

So the truth is that while some people will dismiss you because of your hair loss, most won’t.

Attraction is a Cumulative Effect

It’s important to remember that people are rarely turned on or off by a single quality.

Whether you’re attracted to someone or not depends on the whole picture. One undesirable characteristic doesn’t disqualify you from the dating pool.

For instance, if asked, someone might say they aren't attracted to broad noses. But that doesn’t mean they wouldn’t date, be intimate, or marry a guy with a broad nose. The nose by itself isn’t their cup of tea, but they may find themselves attracted to the person attached to that nose because he has other characteristics they find desirable. So even if you’re interested in someone who specifically mentioned they don't like thin hair or a bald head, that doesn’t mean they'll never return your affection. You may have other qualities they find desirable that make you cumulatively more attractive to them.

Confidence is especially important. People can pick up on other people's slightest insecurities. They’re willing to forgive many physical flaws if they think you carry them confidentially, but if a physical flaw appears to bother you, it will bother them too. In many cases, a person subtly rejects a guy not because of his hair situation, but because he seems sensitive about it.

Look at men like Jason Statham, Vin Diesel, or Terry Crews. These are considered some of the most attractive bald men in the world, but if you look at their features closely, you’ll see little things many people would find undesirable.

Why are they considered so attractive? Because they’re confident with their appearance, which is completely within your control. (They’re also talented and fit - two other qualities you can influence in yourself.)

What does this mean for you?

The cure for hair loss may come soon, but in the meantime you can make yourself a more attractive person in a lot of ways. Even if every person in the world declared they didn’t like baldness (which obviously isn’t the case), you can still be attractive. There are plenty of ways to improve your appearance and personality to make yourself the kind of person other people want to be around.

Some people don’t like the bald look. Everyone has their taste. However, most people won’t reject you because of your bald head. They just don’t care.

Some people like the bald look. Most people are flexible with what they find attractive and usually willing to evaluate your internal characteristics.

Just remember to groom yourself nicely and own your situation with pride. It’s fine to take steps to address your hair loss, but don’t try to hide it with a hat or unique styling. If you project confidence, masculinity, charm, humour, and a killer personality, you’ll never have a problem with your love life.

There’s no doubt that hair loss is a big blow to your self-esteem, confidence, and strength. However, you shouldn’t let it stop you from living a full life and achieving your goals.

You have treatment options. Mosh hair loss treatment plans are tailored just for you by a doctor to suit your budget and medical needs.

Get started with a fast and simple online questionnaire or read some Mosh hair loss reviews.